Another year has passed and many of us were fortunate enough to celebrate the season of love and friendship with those that are near and dear to us. We unwrapped our gifts, enjoyed turkey, sweets, maybe some egg nog and alcohol and relaxed, surrounded by 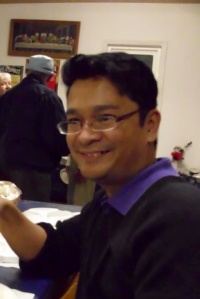 the coziness of what we each are fortunate enough to call home. We celebrated the birth of a new year and resolved once again to be better people in the months ahead.
But for some, like the victims of Super-typhoon Haiyan, Christmas came and went without celebration as people continued to grieve their losses and line up for their rations which were meagre to start out with and had been pillage by the hands that held them first.
November 8 2013. Super-typhoon Haiyan barreled through the island of Leyte, and the town of MacArthur became one of the many that were affected by the storm’s destructive wrath.A new life greets them in the coming year. Homes, livelihoods, and for some, friends and family, gone. Stores, schools and churches, gone. Roads blocked with debris hampers the rescue efforts and, in some of the hardest hit areas, the stench of the dead hangs as a grim reminder.

Two months later the people in these areas struggle to recover from this disaster. Christmas was celebrated in line for rations and blessings were counted by those who had lost only their homes and belongings but not their family.
Rescue and aid efforts have been very slow in coming. Aid should be meted out fairly to all in the area but in the town of MacArthur, a town too small to be newsworthy, the dispensing of aid has been less than fair.
When aid finally arrived in the town of MacArthur it was not till two weeks after the typhoon and only five times in total since then. People walk for miles because of the extreme gas prices or wait in line in the heat, hoping to receive enough rations to survive. What they get has been pillaged by the hands that delivered it. 10 kilos of rice becomes mysteriously pared down to two, canned goods arrive 2 out of a dozen. Medicine intended for the victims becomes waylaid to be sold on the black market.

Just a month after the typhoon, DSWD (Dept. of Social, Welfare, and Development), announced that aid will be cut back near the end of December. Only families with special needs, and the elderly will be receiving further supplies, and it will only be delivered to certain drop centers. Two months of sparse help. Hardly long enough to help a community whose world was erased in a few short hours to begin to live again.
In MacArthur Leyte help from the local infrastructure is slow. The town still has no electricity, thereby relying on one of the most environmentally friendly sources of energy, the sun. Solar light kits are in high demand so the price of these kits is very high. Only a few can afford them and those who can could only get one for a household. Prices for other sources of light like candles and gas are still inflated. Debris still remains on the side of the road sitting in stagnant pools of water for weeks. The rise of mosquito borne diseases like dengue fever has become prevalent. Medicines are essential to families who have gotten sick from it.

Christmas is over for us but the spirit of giving is year round. Please find it in your heart to help the so soon forgotten victims in the outlying villages like MacArthur Leyte who have bravely tried to find something to celebrate about. Perhaps we who have had so much to be thankful for this holiday season could find it in our hearts to give them a little help, a little dignity, and a perhaps, a lot of hope. Perhaps our resolution to be come better people could start right .

Thank you all for your support and please click like on our FB page to spread the word.